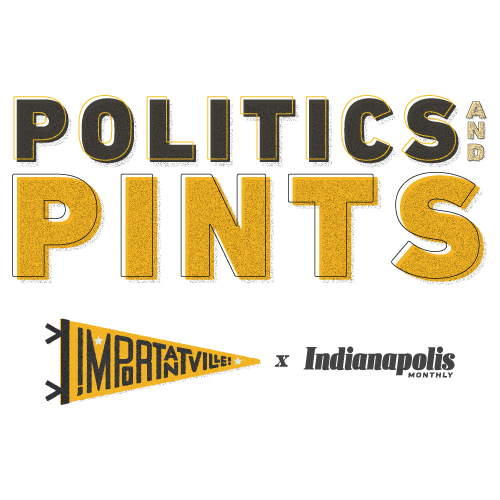 Tickets for this event are not available.

We will have complimentary beer, wine, and light hors d'oeuvres, which will be available from 6 pm to when the event begins at 6:30 pm. Ticket also comes with a FREE subscription to Indianapolis Monthly. Please enter the Emmis building from the Southwest corner of the Circle.

At 6:30 p.m., the first interview will feature former lieutenant governor candidate and Indiana Rep. Christina Hale, who will campaign for her party’s nomination in the Fifth Congressional District, in a race that will be monitored nationally for signs of whether the suburban seat will shift from Republican to Democratic control. The discussion will focus on why Indiana has never had a woman serve as U.S. senator, governor, or mayor of its largest city; what must change for more women to be elected to high office; and how the state Democratic Party needs to rebuild after a long series of Election Day losses in federal and state races.

At 7 p.m., Wren will interview U.S. Sen. Todd Young, who is now a top lieutenant of Majority Leader Mitch McConnell, as he is tasked with defending the Republican majority in the Senate as the chair of National Republican Senate Committee. Adam will ask Young to forecast the 2020 election cycle and to assess the day-to-day political climate in the nation’s capital.

Online ticket sales for this event have ended. Please contact the Box Office for more information.